I started out the year celebrating a very BIG birthday in February. The planning started several months in advance as I thought about where I wanted to spend my special day. A true milestone in the life of living!

I decided on a trip to Belize, a country where I wanted to visit since the 1980s. And, I decided to go solo. I wanted to do it my way and on my terms. Well, traveling in another country doesn’t quite happen on “my terms.” 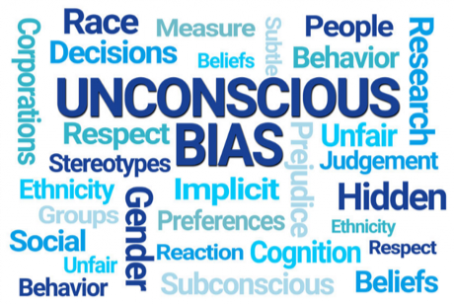 It was an absolutely wonderful journey filled with many learnings and realizations. I met so many amazing people from many countries AND felt totally safe. Thanks to my guide, Manny, a Belizean who truly knew his way around and made it safe.

But while I was in my country of Belize, the world started to unravel. The outbreak of COVID-19 rapidly escalated and I found myself fearful as I navigated through Miami’s port of entry on my way home, wondering if COVID-19 could be happening there unknowingly. I found myself suspicious and guarded. I realized I was living with unconscious bias, reacting to my “gut feeling.”

As I flew the hours it took to get back to California, I reflected deeply about what was happening. I could sense life was on a precipice. I just didn’t know how close it was to falling apart. The world shut down shortly thereafter only to erupt again both socially and infectiously.

In these past few months, my consciousness has soared on many levels, unearthing new thoughts and perspectives, fuelled by unexpected time with work shut down. COVID-19 flattened, only to re-emerge with its ugly head reared and it continues. Social protest erupted across the globe in response to attitudes of fear and brutality. Where next will we go?

My February birthday journey profoundly impacted me in light of what was happening. It led me to deeply think, re-evaluate my world, how I show up with others and where I wanted to go. The world has been awakened to a new depth of awareness around the racial and economic disparity that has prevailed under years of a thin disguise.

As we look at re-opening the economy, it’s apparent that today’s workplace demands a different kind of mindset. It deserves a conscious and agile mindfulness in how we show up with each other, how we impact and influence people, and how we attend to the needs of those around us.

Just how do we get there? That’s a good question and one that is about to unfold.

The lid has been lifted and the veil tossed aside. The degree of institutional bias that’s persisted over time is finally being recognized for what it is and dismantled as disparaging names and images are removed from highly visible places. We have a long way to go.

I am hopeful about the new dialogue happening across communities and the visibility “unconscious bias” is receiving.

I had to ask myself “How much have I done over the years to help surface ongoing disparity?”

In the big picture of things, very little.

On a small scale, “Yes” as I’ve worked hard to build “psychological safety” through conscious leadership around diversity and inclusion, mediating workplace disputes and differences, and training on effective communication and conflict management strategies.

But, again, I had to ask myself: “What else can I do in a bigger way?”

Like so many, these past few months and the events of this era have caused reflection and inspiration to take on new directions and new perspectives.

Ask anyone if they think they’re prejudiced. Their response will most likely be a resounding “NO” – they’ll claim to be “forward thinkers” without bias. WHO wants to admit to being biased. In many respects, they might actually be forward thinkers, but they might also be unaware of “unconscious bias.”

I realized this was true of myself. I chose Belize as my place of travel for my special birthday adventure as I wanted to go to another country but not too far away and where they spoke English. I wanted it to be easy but different.

I was operating from “affinity bias” which means “sticking close” to those who share common attributes. In this case, Belizeans spoke the same language. It made me feel comfortable. It's a natural human condition to turn towards comfort and turn away from discomfort.

NOTE: Affinity bias is just one of 12 that exist in day-to-day working conditions. More to come on this in another article.We all have biases. Some rooted in fear of the unknown, some resting on traumatizing experiences, others culturally ingrained, while others are so subtle we don’t even know they exist.

Hidden in that blind spot, biases have the power to derail our best intentions for fairness, objectivity, and good relationships.

Are you aware of your unconscious bias(es)? Here are three questions to ask yourself:

And, a fourth question to consider is this: Would you like to shift to a mindset that is more inclusive, less critical, and more warm-hearted (aka “compassion” as defined by the Dalai Lama)?

One of the great things about the human condition is that we can learn from our experience, always develop into someone better, and improve in what we do and how we show up!

Going beyond race and the color of our skin, it’s time to gain from self-reflection on how we engage with our brothers and sisters within this family we call the “human race”. Worldwide, the first differentiator evident as members of our human race is gender. Both race and gender represent “visible” dimensions of our diversity. What about the “invisible” dimensions of diversity?

For example, don’t we all just want to be “healthy” and “happy?” Regardless of different backgrounds, don’t we all want a sense of belonging, feeling respected, valued for who we are, and to be able to do our best work? Don’t we all want to feel psychologically safe?

These internal thoughts and emotions represent an emotional framework that exists worldwide and represents the “invisible” core that makes up diversity.

So, here’s my first challenge! Take the first step in uncovering your areas of unconscious bias:

STEP #1: Uncover those traits that get in the way of being successful.

Stop and reflect on where you show up well and where you are challenged. This is an opportunity to make a difference.

There might be things that you do and are not even aware of how they interfere with your ability to influence and lead others.

Using assessments and 360-degree surveys are perfect ways to deepen your understanding of self and others.

Click Here to start with the three steps to mindset shift

Start the journey to uncover your awareness of self and others and how you manage relationships. Learn and understand your natural and learned communication styles, how you approach conflict differently and how these differences may breed “attitude” or “bias.”

In the second part of this series, five more steps will surface that guide you in exploring what unconscious biases exist at a deeper level while getting to know yourself better in the process. Gain practical tools to help you achieve a shift in mindset and be present, mindful in your efforts, and warm-hearted (not cold-hearted). So, stay tuned!

This site uses Akismet to reduce spam. Learn how your comment data is processed.