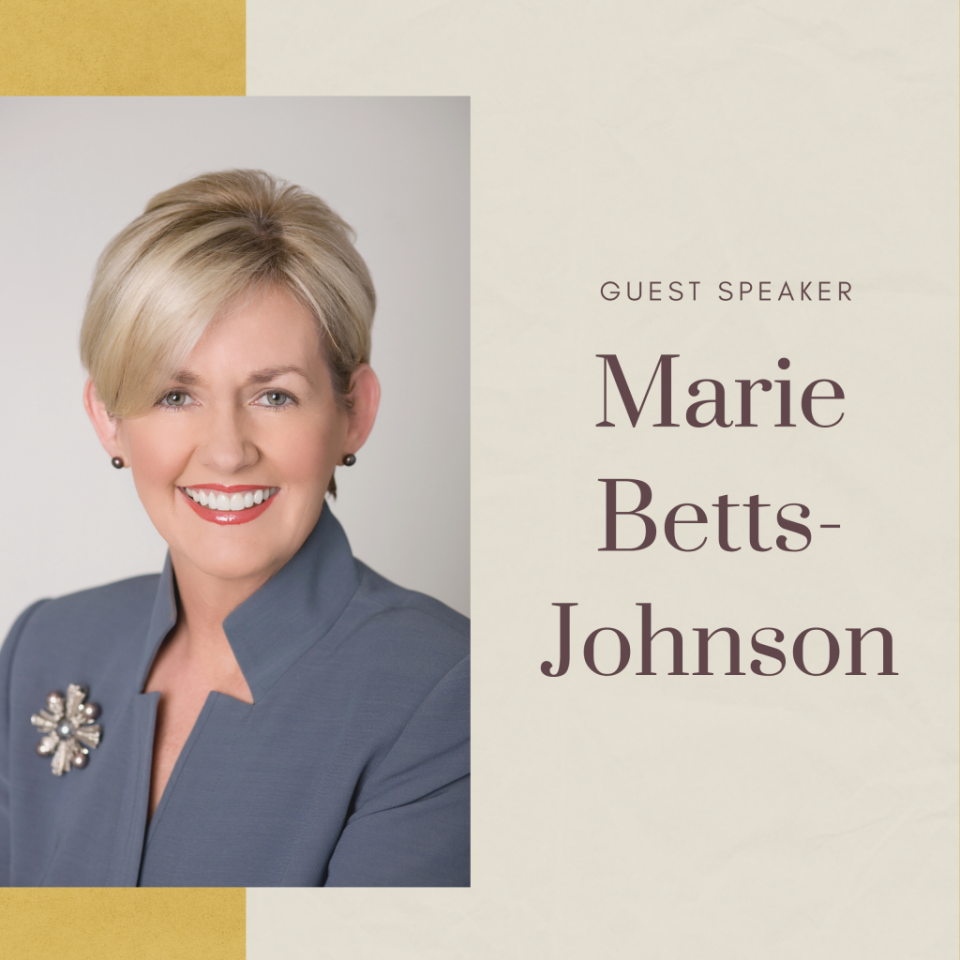 Our guest, Marie Betts-Johnson, is Founder and President of the International Protocol Institute of California® which is based in San Diego since 1989.

Since its inception, hundreds of customized training programs have been developed and delivered for multinational corporations and entities including the United Nations, NATO, IBM, Gucci Timepieces, Johnson & Johnson, Deloitte & Touche, and UCSD along with Qatar Petroleum, Port of Dubai, Dubai Airport and Chiefs of Protocol from Kurdistan, Yemen and Bahrain.

Most recently, she served as Director of the International Relations Office at the World Trade Center San Diego, where she established outreach systems to attract delegations from all over the world to promote business and investment in the San Diego region.
Her journey began in the 1980s, where she had the great privilege of working on the staff of the late King Hussein and Queen Noor of Jordan, where she interacted with royalty and dignitaries from all over the world including Prince Charles and the Late Princess Diana of Wales.

Finally, the International Protocol Institute of California® now has offices in Dubai in partnership with the Levenbert Academy in delivering international protocol and cross-cultural programs to corporate and government officials, diplomats, Chiefs of Protocol and business professionals in Dubai, the Gulf region and North Africa.