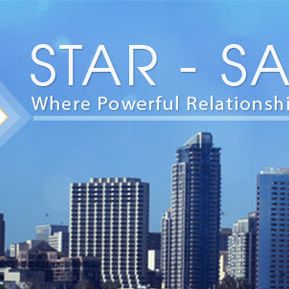 People are people whether at work or at home and relationships ARE work. They’re like a garden…needing preparation, maintenance, nurturing and and space to grow. I’ve spent my entire career working with people in relationships but got curious about how good people end up as bad bosses. So I went back to school to learn more…and started looking for trouble!

Gallup took an in-depth look at the “State of the Workplace” and found that employee disengagement costs American businesses $359 billion across the nation!
• Do you know that nearly half of all conflicts at work are directly related to personality clashes…
• Three out of ten of those conflicts comes from bad bossing.
• Good people leave bad bossing, not good organizations!
As I look across the room, I see a wealth of experience, wisdom and leadership…so let’s think back to a time in our careers where we were dealing with a bad boss and the impact it had on us. With a show of hands, how many of you have worked for a BIG BAD BOSS? Now, let me ask you this…who is or has been a bad boss at some point in their lives? What are some words to describe Good Bosses? What are some words to describe Bad Bosses? Quite a difference, right? Who wants to be identified with these negative words? But do others perceive us this way and we don’t even know it. Do you really know the impact of your leadership style?

Think about the kinds of conflicts you’ve experienced…
• What’s really at the heart of those conflicts?
• It takes courage and curiosity to understand how we impact others
• It’s the power of connections that pulls people together.

I GO LOOKING FOR TROUBLE and here’s how I do it.
1) Heineken contacted me in 2013…they were at their wits end after a year of trying to resolve a conflict internally. The conflict had grown so difficult that it was impacting one of their big accounts. One or both of the employees was going to have to go if things didn’t change. In just 3 months through coaching and preparing for mediation, we were able to unravel a year of hostility.
2) Last year, a trusted colleague called upon me to help one of his longtime friends and progenitor of a family-owned business. Revenues were down after the recession, power struggles had broken out, financial choke-holds put in place, and family members and employees were not talking. By helping Mom and Dad look at their own behavior, they were able to recognize the impact they had on the family dynamics and we were able to come up with options for restructuring the organization in ways that better met the family members’ needs.
3) A couple of years ago, I worked with a 3rd generation family-owned business. Dad hit 60 and wanted to bring in his stepson and 2 daughters, all in their very early 20’s, into the family business. Great idea but riddled with family dynamics. Intense sibling rivalry broke out in the workplace and Dad/CEO felt immobilized to do much about it. Within five months, we were able to define roles and responsibilities, establish boundaries between appropriate workplace behavior and unhealthy family dynamics, establish Dad’s leadership in the business as well as mediate through some of their differences.

These conversations DO take time, energy and effort–but compared to the real costs of sticky situations, it’s a small investment. We can be on the watch, looking for trouble that gets in the way of profitable relationships and begin to turn things around.

Oh!…remember your phone leaning on the stand in front of you…this is my gift to you…when things get messy…Call me to take the next step in developing UNBELIEVABLE LEADERSHIP in all that you do! With a little help bad bosses can be great leaders.